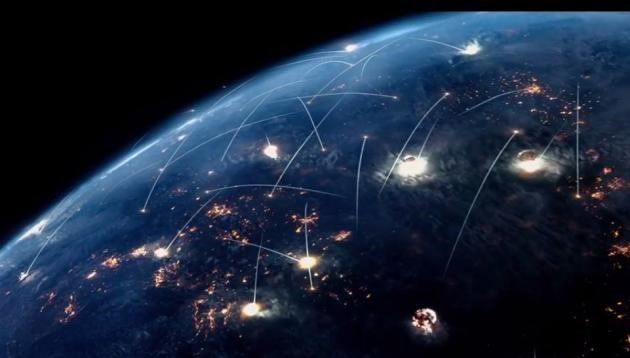 Imagine you are a bachelor and you live alone. One day, you wake up a morning just to find that your coffee is already ready, your cloths are all ready and worked up and moreover, the nearby grocer has already been informed about your depleting daily veggie stock! It seems quite an urban fantasy, isn’t!? Well, that can now be made possible by using Internet of Things. Before getting along with the internet of things, first let us see how did this concept emerged at first place.

The technology has come a long way since the evolution of mankind. 19th and 20th century particularly saw rapid advancements in the modern communication technologies & better person to person contact. Then with the industrial revolution in 1800s world saw a rise of new era of machines. 19th century and 20th century mostly saw human-machine interaction. The machines of those times were not smart enough to do their work on their own. They required some minimal human intervention at all times.

Then came the time of computers and modern electronics with the rise of semiconductor industry. This advancement also brought about a huge change in the way people used to control machines. Now, people could feed commands and machine could perform as per the instructions. Side by side, another phenomenon capable of changing the future was being invented in California in 1960s.

In the year 1990, a computer scientist named Tim-Berners Lee gave this world it’s World Wide Web i.e. www or in other words, the most phenomenal event in the history of computing and communication technology after the invention of telephone, took place in 1990. Internet was such a revolutionary idea that it instantly rendered all forms of communications obsolete. Internet made the world a much smarter place. People could now communicate with each other instantly, irrespective of their distance across the globe.

Further advancements took place and newer methods to communicate emerged; people could now even see each other. But, however until early 21st century, internet could only connect people i.e. we were unable to extend the services of internet beyond human use. A still bigger change was about to come. There was a need felt to control things over large or considerable distances. There were many machines & equipments which were either hazardous for close contact or made sense in remote application only. By the time, everyone was aware about the extensive outspread of internet and its capabilities. And also, people began to appreciate the fact that large distance communication can be made possible by internet only, but they were unable to find the link between internet and machines.

In 1999, British technologist and entrepreneur Kevin Ashton coined the term “Internet of things” with a very basic idea of tagging real world objects in real time via internet. Internet of things was a relatively newer concept and a little ahead of its time.

What is Internet of things?

Internet of things or IOT is basically, a network of physical real world objects connected together via various kinds of communication protocols. These objects range from very small biochips to large manufacturing hubs, vehicles, devices, home automation systems, to large scale cargo transportation & cross border security surveillance systems, everywhere devices can be tagged and brought online on cloud to interact with other devices. It is very interesting and stimulating to know, how all these things happens in real time.

Actually, the devices of interest, which can be virtually anything, are tagged. Now, what exactly do we mean by the term “tagging”? Tagging simply means, to attach some kind of an embedded system to the device which can receive or send data to some master system. Technically speaking, there are various methods/technologies to bring objects online, such as RFID tagging & QR code tagging, etc.

What is the Basic Structure of IOT?

Let us now see the basic structure of IOT.

As shown in the Fig, IOT has broadly, four layers namely-

Now, we have a fairly enough idea about internet of things, let us explore about some of its applications.

What are Applications of IOT?

The IOT has already started to penetrate into daily lives of people. Although it will take a few more years for IOT to become an essential need rather than just a luxury. Some of its ongoing applications are-

There are many other smart city examples also.

From above discussion, we can easily gauge the potential of IOT and how deeply it can affect our lives. Let us now see how does the future of IOT looks like

As all of you will appreciate, that every application discussed above has a lot of scope for improvement. IOT is still in its early stages of development, above applications are just the tip of the ice berg of what is possible. Keeping in mind its benefits, IOT also has some major challenges to offer like security and big data analytics.

In future, if IOT is here to stay, then we need to put up many more doors on internet that needs to be securely locked and monitored. Already a lot of phishing & malicious activities are going on over internet, but hacking into life support systems and embedded medical devices can be life-threatening. So, for a safe IOT experience security will be the top most priority of the technical world. You may see new biometric security systems like GAIT, or newer cryptographic services.

Other than security, another major concern is the analysis of humongous amount of data continuously being logged into cloud. This enormous data also called Big Data will create about 4.4 million global jobs by end of 2016. The end results of analysis must be easily comprehensible to the user and there must not be any ‘notification overload’ as said by Robin Raskin, Founder & CEO, Living in Digital Times. According to him a better simplification of data at user end needs to be done so as to avoid notification overload. The market of IOT and its related combination of sensors, data loggers, communication modules & cloud services is increasing every day. The market of these things is simply endless. Moreover, there are a lot of platforms where you can connect to IOT. This is both good and bad at same time. It gives flexibility to connect with the modules of our own comfort & convenience. In such a scenario everybody is doing the things in their own preferred way, i.e. there is a serious lack of standardization.

These problems of competing market shares among the various platforms can be streamlined by introducing standardization in IOT. Standardization & increased regulation may improve a lot of things like security etc.

The future is in being ubiquitous. In 10 years, anything that needs to be connected will have the ability to be present online. Let it be your thermostat, coffee maker, shoes, car, or virtually anything. We will have about 25 to 50 billion connected devices which will connect via mesh networks. This ubiquitous access to data and devices will make future of tele-companies more difficult & exciting at same time. Cloud networks will expand. Online storage spaces will increase manifold. Basically, everything physical may have its virtual counterpart in the cloud.

After discussing IOT’s future, applications & challenges, here I present before you a food for thought, what picture do you form of IOT in your mind keeping in view it’s basic structure? Let us understand this by an example. All of you must be aware about robots and how do they work. Let us consider the sensors involved in IOT as input devices (which is what they actually are), the cloud and the IOT management services as the processing unit and the final layer i.e. actuators giving output based on the processing done in cloud. Now, considering above small description of IOT. What image do you see? Can you see a large, world sized, humongous ROBOT, we all are making!? Everything, in every layer of IOT structure is essentially similar to the way a ROBOT performs. But the point of concern here is, this robot does not obey any given set of rules, instead, its intelligence increase on its own. It can talk to virtually every device across the globe. It can make them do anything it wishes. It can spark wars, dissolve governments or anything! So, now the question arises, are we headed towards a technology similar to what was shown in the movie ‘Terminator: Genisys’!?

According to me, the answer lies in our capability. If we are able to provide decent security without compromising any of IOT’s feature. IOT is surely the next big revolution to look out for.