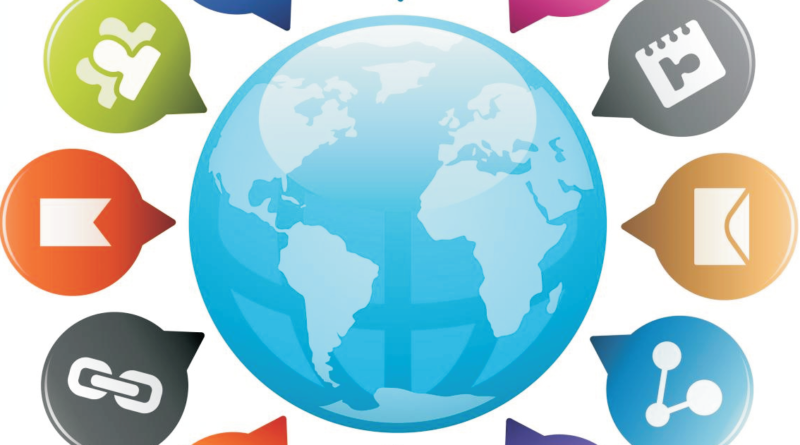 Communication is a very important aspect in the growth of the culture and human society. It involves exchange of ideas, facts, opinions or emotions by two or more persons. Technology has made communicating between one another significantly easier.

The development of technology has remarkably improved our lifestyles and has made its impact felt on each and every aspect of our life. It also has an impact on the communication techniques and the development of communication has resulted in huge progress from the oldest means of communication to the latest as of today. In today’s world, we have immediate access to an incredible array of devices and services that enable us to communicate with almost anyone, anywhere, at any time. Before internet and other data networks comes into light, telecommunication has a clear meaning – the telephone (earlier the telegraph), which allowed people to communicate at a distance by voice and telephone service.

Internet and mobiles are the basic necessities in today’s world. When we talk of telecommunication we largely focus on the usage of mobiles and internets in our daily life and truly this has been in practice almost for every one of us who are in need of modern communication. Although the usage of technology may have both positive and negative impact in our life, but this also depends on how we use and implement it. If we talk of positive impact, there are many, out of which if discussed is the power of communicating with our families, friends etc. when we are present in remote areas from them and which really stands true for its positivity. Now when we talk of negative impact of it, although there might be few, but this is negligible in comparison to its positive impact.

More recently, communication at a distance, of course, has expanded to include data transport, video conferencing, email, Web browsing, and various forms of distributed collaboration, enabled by transmission media that have also expanded to include microwave, terrestrial wireless, satellite and broadband fiber transport. The technologies used for telecommunications have changed greatly over the last 50 years. Study about telecommunications have started ever since with the emergence of information and communication technologies (ICT) where many industries and organizations widely adopted in utilizing it at a global scale. The biggest consequence has been that all types of media can be represented in the same basic form and therefore handled uniformly within a common infrastructure. The most fundamental change, both in terms of technology and its implications, has occurred in the functional description of the general structure of the telecommunications system and how the different parts of the system relate to each other.

Communication for Social Change involves communication for sustainability and development of the society which involves the use of variety of communication techniques to address inefficient systems and processes with the technological advances. Different mediums and approaches are used to help individuals among the targeted society to acquire new knowledge and skills and this allows communities and societies not only to experience change but to guide it as well. Different types of mediums can be used in achieving health and sustainable development where old media can be combined with new media to educate specific populations. Information and communication technologies (ICT’s) are able to address visual, auditory and multi-sensory learners and prove to be an important contribution to economic growth.

Information technology and advanced telecommunications have a major impaction the economic vitality of the nation as a whole. Telecom also plays a vital role in improving both the subject coverage and delivery and expands access to education in even the most remote areas. Opportunities to learn are provided to children, women and men over the internet, computers, e-mail, audio and video teleconferencing or television broadcasts and radio. Students and other learners can access the content directly. Teachers can develop their skills and knowledge, especially the skills needed to help their students learn and to find the particular content and curriculum they require. To extend the reach and delivery of education to people who wish to learn, particularly in rural areas, radio and broadcast television have been used for years .This one way technology can now be combined with two-way, interactive, multimedia systems that bring to learners, on demand, voice, video and data in text and graphics. These computer and network-based systems bring significant differences in both the application and the cost of technologies available for education.

The societal importance of telecommunications is widely accepted and the areas of impact are mainly-Telecommunication enables participation and development of people in communities and nations whether in rural and urban areas. It also involve in technological implementation for societal usage to improve the percentage of the users so that with a huge user population, better will be the awareness among people.

One thought on “Impact of Technology on Communication”