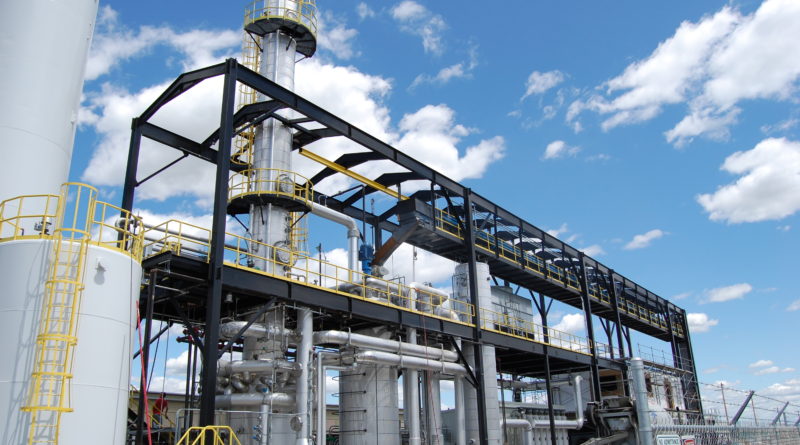 An innovative technology leading to innovative India with sustainable development of sources of energy.

As we are aware of the inscrutable fact that our wastes are collected by municipal society and are then landfilled but there are a lot of catastrophic impacts of land filling of waste materials we cannot get exact benefit from our wastes and cannot also protect emission of harmful methane gas which widely is a green house effect gas.

In order to make appropriate use of waste materials and protect our earth WASTE-TO-ENERGY-POWER PLANT should be established in each and every cities of our India and in colleges too so that we can generate electricity from our wastes and make our environment clean by controlling direct emission of methane gas to environment and thus protect lives of our upcoming generation and future creators. Energy from waste power plant is not much costly and profit is infinite to our society and environment. This power plant has basically 7 main components- 1. Bunker 2. Combustion chamber 3. Monofills 4. Boiler 5. Air pollution controller chamber 6. Turbines 7. Electricity generating Power house.

A waste-to-energy plant is a waste management facility that combusts wastes to produce electricity. This type f power plant is sometimes called a trash-to-energy, municipal waste incineration, energy recovery, or resource recovery plant. Modern waste to energy plants are very different from the trash incinerators that were commonly used until a few decades ago. Unlike modern ones, those plants usually did not remove hazardous or recyclable materials before burning. These incinerators endangered the health of the plant workers and the nearby residents, and most of them did not generate electricity. Waste to energy generation is being increasingly looked at as a potential energy diversification strategy, especially by Sweden, which has been a leader in waste to energy production over the past 20 years. The typical range of net electrical energy that can be produced is about 500 to 600 kWh per ton of waste incenerated.Thus,the incineration of about 2,200 tons per day of waste will produce about 60 MW of electrical power.

Working of waste to energy plant 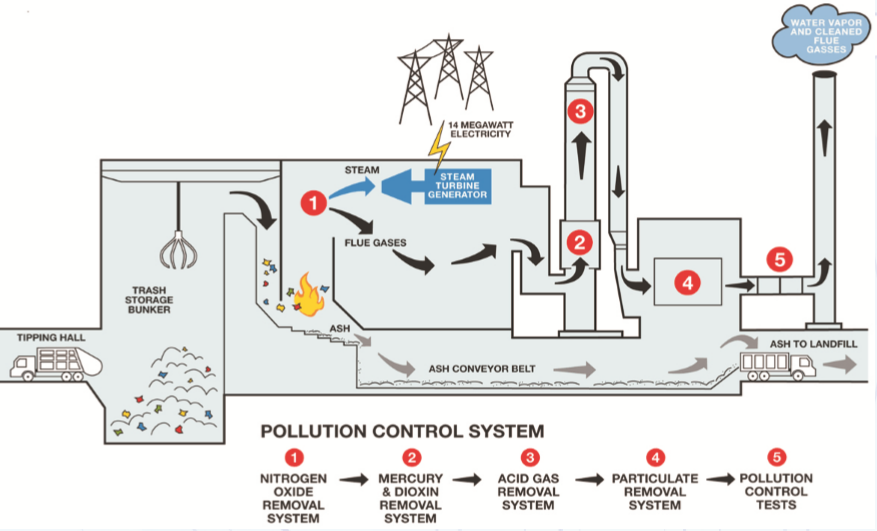 Most waste to energy plants burn municipal solid waste, but some burn industrial waste or hazardous waste. A modern, properly run waste to energy plant sorts material before burning it and can co-exist with recycling. The only items that are burned are not recyclable, by design or economically, and are not hazardous. Waste-to-energy plant are similar in their design and equipment with other steam-electric power plants, particularly biomass plants. First, the waste is brought to the facility. Then, the waste is sorted to remove recyclable and hazardous materials. The waste is then stored until it is time for burning. A few plant use Gasification, but most combust the waste directly because it is a mature, efficient technology. The waste can be added to the boiler continuously or in batches, depending on the design of the plant. In terms of volume, waste-to-energy plants incinerate 80-90 percent of waste. Sometimes, the residue ash is clean enough to be used for some purposes such as raw materials for use in manufacturing cinder blocks or for road construction. In addition, the metals that may be burned are collected from the bottom of the furnace and sold to foundries. Some waste to energy plant convert salt water to potable fresh water as a byproduct of cooling processes.

Cost of waste to energy plant

Cost of waste to energy plants may have a significant cost advantage over traditional power options, as the waste-to energy operator may receive revenue for receiving waste as an alternative to the cost of deposing waste in a landfill, typically referred to as a “tipping fee” per ton basis, versus having to pay for the cost of fuel, whereas fuel cost can account for as much as 45 percent of the cost to produce electricity in a coal-powered plant, and 75 percent or more of the cost in a natural gas-powered plant. The national solid waste management association estimates that the average united state tipping fee for 2002 was $33.70 per ton and 2190 Rs in Indian currency.

Waste-to-energy plant emit less air pollution than coal plants. Waste-to-energy plants are designed to reduce the emission of air pollutants in the flue gases exhausted to the atmosphere such as nitrogen oxides, sulphur oxides  and particulates, and to destroy pollutants already present in the waste, using pollution control measures such as bag houses, scrubbers, and electrostatic precipitators. High temperature , efficient combustion, and effective scrubbing and controls can significantly reduce air pollution out puts. Burning municipal waste does produce significant amounts of dioxin and furan emissions to the atmosphere as compared to the smaller amounts produce by burning coal or natural gas. Dioxins and furans are considered by many to be serious health hazards. However, advances in emission control designs and very stringent new government regulations, as well as public opposition to municipal waste incinerators, have caused large reductions in the amount of dioxins and furans produced by waste-to-energy plants. Waste to energy plant produce fly ash and bottom ash just as is the case when coal is combusted/ The total amount of ash produced by waste to energy plant ranges from 15% to 25% by weight of the original quantity of waste, and fly ash amounts to about 10% to 20% of the total ash. The fly ash, by far, constitutes more of a potential health hazard than dose the bottom ash because the fly ash contains toxic metals such as lead, cadmium, copper, and zinc as well as small amount of dioxins and furans. The bottom ash may or may not contain significant levels of health hazardous materials. In the united states, and perhaps in other countries as well, the law requires that the ash be tested for toxicity before disposal in landfills. If the ash is found to be hazardous, it can only be disposed of in landfills which are carefully designed to prevent pollutants in the ash from leaching into underground aquifers. Odor pollution can be a problem when the plant location is not isolated. Some plant store the waste in an enclosed area with a negative pressure, which prevents unpleasant odors from escaping, and the air drawn from the storage area is sent through the boiler or a filter. However, not all plants take step to reduce the odor, resulting in complaints.

An issue that affects community relationship is the increased road traffic or garbage trucks to transport municipal waste to the waste to energy facility. Due to this reason, most waste to energy plant are located in industrial areas. Landfill gas which contains about 50% methane, and 50% carbon di-oxide, is contaminated with a small amount of pollutants. Unlike at waste-to-energy plants, there are little or no pollution controls on the burning of landfill gas. The gas is usually flared or used to run or reciprocating engine or micro turbine, especially in digester gas power plants. Cleaning up the landfill gas is usually not cost effective because natural gas, which is substitute for, is relatively cheap. The plant is established in U.S. at Saugus, Massachusetts and power plant are being established in Sweden in large amount.

So now the time has come when we and our government should also alter our thinking and initiate establishing waste-to-energy plants in our cities and colleges too and protect ourselves from harmful consequences of waste materials and generate electricity from our wastes and come forward as a nourishing country with implementation of such innovative ideas and techniques.