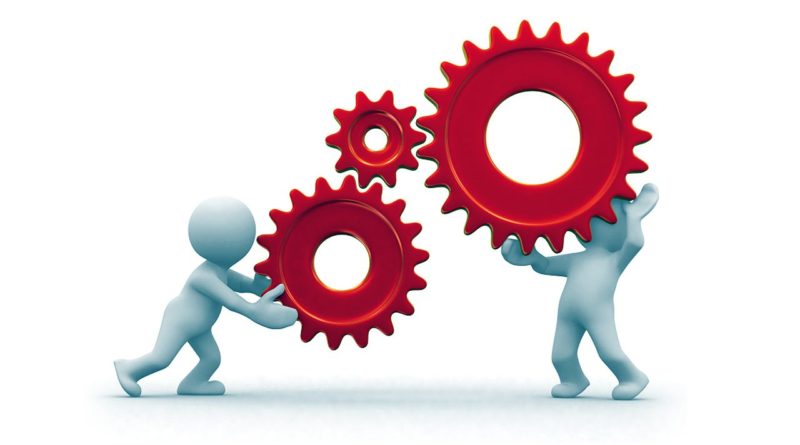 One of the brightest feathers in the Indian legacy is science. Discovery of significant mathematical number ‘zero’ was made in our country. In the ancient times, several break-throughs in the fields of medicine, mathematics, astronomy, metallurgy, architecture, engineering etc. were done in this South Asian country. The iron pillar of Delhi, architectural astronomy instruments at Jantar Mantar, Delhi, plastic surgery, cataract surgery etc. are some landmarks of ancient Indian science.

In modern age, we witness a number of scientific and technological leaps by our country. No field of S&T can be mentioned in which we are not excelling. Chandrayaan and then Mangalyaan are recent achievements of Indian space exploration.

Role of S&T in Development and its Cost

Science is the fundamental and natural happenings around us and technology is the device, method etc. which function based on scientific principles. Atom and molecules are the components of science around us and their various applications in electronic devices are technology. We the humans had lived in savage life before civilisation. Agriculture and animal husbandry support us to think of for social assemblages and be civilised. Natural resources such as water, soil and animals played great role in this to happen which can be considered as science and agriculture as technology.

There is great difference between use and exploitation. If we use the natural resources at a certain extent so as to we keep our mother Earth safe and secure, then it is acceptable. But if we use natural resources beyond limit, it is called exploitation. If we seek development on the basis of exploitation of nature, that progress will not sustain long. All organisms (humans, animals, microorganisms and plants) and non-living resources (soil, minerals, air, water, climate etc.) have to live on this planet with the pre-requisite condition that they will do no harm to the planet. In simple words, you can understand this basic principle of life: If we harm or torture our mother, what will happen? The answer you can guess.

We, the humans are intelligent and our species in the biological name ‘sapience’ stands for this. Brain is for ‘good’ and ‘construction’ not for ‘bad’ and ‘destruction’. This learning comes with education. Sensitivity is very much essential along with intelligence and science. The word ‘science’ is derived from the Latin term ‘scientia’ which means ‘knowledge’ or ‘to know’. In this perspective, we can consider science as a mirror through which we can observe the nature and understand natural phenomena. Our nature has shown trust in humans. Therefore she had attributed us with brain and intelligence. Now we have started devastating the nature in many ways. You can imagine how much it is wrong.

Here the need of the development of a sensible and rational mind set in humans becomes significant. And this can be attained through the development of scientific temper. Scientific temper is a temperament which is based on logic. All science workers do science through following scientific method. In this chain of process, there are six major links – observation, questioning, hypothesis, experimentation, analysis and conclusion. This process trains us to reach any conclusion only based on questioning and analysis. Inculcation of this temperament is essential in every citizen of the country for the sake of upliftment in all walks of life. In real sense, this attributes as a virtue in human personality and enables to take rational decision.

Article 51 A(h) of Indian constitution endorses every citizen with scientific temper as the fundamental entity. In this article, focus on humanism is also given. This shows that scientific temper is intrinsic with humanity and humanity serves the mankind along with conservation of nature, biodiversity and natural resources.

Before independence, a few institutional and personal efforts were going on. Indian Association for the Cultivation of Science, Calcutta (now Kolkata) was one of the institutes of those days.

Prof. Ashutosh Mukerjee, former Vice Chancellor, Calcutta University and Indian physicist C.V. Raman were associated with this institute. Raman was working on light. In a slave country, there were extremely adverse circumstances and scientific facilities were also very meagre.

But Indian scientist Raman made a spectrometer with his own efforts and won Physics Noble Prize in the year 1930. That event is seen as a milestone in the history of Indian science. On February 28, 1928, Raman made his epoch-making discovery of Raman Effect. Therefore every year on 28 February, everyone celebrates this day as the National Science Day (NSD) in our country.

Science in India has developed enormously since C.V. Raman, particularly after the country gained Independence but we are yet to win a Nobel Prize in physics, chemistry or medicine. Is it a reflection on the quality of Indian science? Or it has to do with the politics of Nobel prizes, as is often believed. Scientific community across the world, including in India, every year eagerly awaits announcements from the Nobel committee.

This is the moment of excitement. The first and the last Nobel prize won by an Indian scientist for prize-winning work done in India remains Sir Chandrasekhara Venkat Raman, who won the 1930 Nobel Prize in Physics for discovery of the Raman Effect on scattering of light. Of course, three more Indians — Hargobind Khorana (1968), Subrahmanyan Chandrasekhar (1983) and Venkatraman Ramakrishanan (2009) also won science Nobels after Raman, but all of them did their prize winning work outside India or were naturalised citizens of America at the time of winning the prize.

Firstly Indian scientists usually see through those windows of science which have already opened by any other scientists of the world. Unless we strive to open new window in science, we cannot touch the Nobel mark. Former DG, CSIR Dr. R.A. Mashelkar has put emphasis on this point of discussion. Nobel Committee member/s sometimes gripped in personal bias and takes their decision based on this. In the 1950s, noted Indian scientist Homi Janhangir Bhabha did not get the Nobel recognition though he was nominated by his international peers for as many as four times for the physics prize for his work on cosmic radiation.

Controversies and conspiracy theories apart, lack of Nobel recognition for Indian scientists also has a lot to do with the quality and standard of research. In Nobel-winning countries like America, the best science still happens in universities and academic institutions which support basic research, collaborative work, inter-disciplinary thinking as well as innovation. Scientific discoveries from universities are then converted into technology, patents, products and ultimately wealth. In India too, scientific research used to be done in universities in the pre independence period. Like Raman, all great Indian scientists — Jagadish Chandra Bose, Prafulla Chandra Ray, Srinivas Ramanujan, Birbal Shani, S K Mitra, Meghnath Saha, S N Bose worked in universities or private academic institutions.

The development of science after independence took a big turn with the formation of clusters of national laboratories such as the Council of Scientific and Industrial Research (CSIR), Defence Research and Development Organisation (DRDO), Ministry of Earth Sciences (MoES) and the Department of Atomic Energy (DAE) flourished. This scientific research got most government funding and political patronage in free India. As a result, universities which were cradle of basic research and nurtured talent in pre independence period were starved of funds and thus slowly lost their zeal with some exceptions. But now the scenario has changed with the gradual intervention of government and some concrete moves from the government or the scientific community. This air of change possesses promise to excel Indian youth in scientific research and win Nobel in coming future.

Indian Government has also started many motivational schemes for Indian scientists to restrain brain drain. We must hope that Indian scientists shall do research for the sake of our mother nation and will serve the mankind as well as nature with all their talent.

Major Hurdles on the way of S & T

India possesses a great legacy of education system when we talk about Nalanda and Takshashila Universities in older times. Apart from this, if we go back to Indus valley and Harrapan age, we find a very evolved scientific way of living was present in those days. Scientific and logical drainage, architectural angle in house and city, building etc. show humans of that era were scientifically tempered.

If we see that rich past, we must regret to see the present. Education system which prevails in our country today is not impressive. There is a meagre scope of self learning and innovation among children.

Education and learning should be based on student’s special attributes which are inherent and specific in all the children. Every child is special because one is different from the other as in case of fingerprint.

So if everyone is different, then why uniform education is enforced to all. Beside this flaw, teachers do not pay proper attention towards students learning process and for this reason, 90% of school going children lose interest towards science. Training and motivation are needed for teacher.

Another aspect needs to be addressed. Our schools mainly focus on theory based learning of science and they deprive children of hands-on-learning. Learning by doing is essential in science learning. In viewpoint of lack of laboratories in schools and colleges, these hands-on-experiments in science can work well.

Students must be encouraged to question and teachers to answer them with the aid of examples and experiments. This will open and then gradually broaden the horizon of their mind.

One big challenge is disinterest of parents. There is a dire need of parent engagement. In case they are illiterate or from poor background, they should motivate their children to excel in science and technology for the national interest.

Human tendency to flee from the difficult things is also a challenge in S&T scenario. There is a public perception that science is very difficult to understand. But they do not have any idea that there is nothing easier than this science. They don’t know that the world around us has many stories of science. To one who has got interested to know or understand these stories, science will become most lovable thing on this planet.