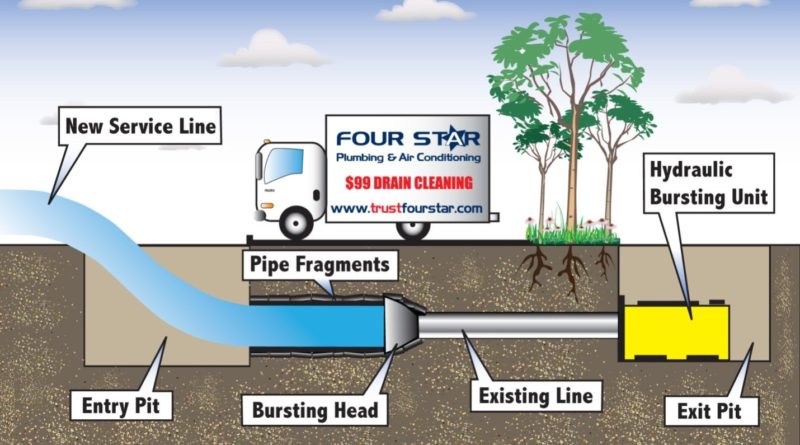 Trenchless technology consists of a variety of methods, materials, and equipment for inspection, stabilization, rehabilitation, and replacement of existing culverts and installation of new culverts with a minimum of excavation from the ground surface. Some of the methods were available in the early 1900’s and with the addition of new techniques are coming into much more widespread use because of their inherent advantages. Trenchless methods minimize damage to the highway, cause little or no disruption to traffic, have less impact on the environment, and occasionally avoid or minimize the handling and disposal of contaminated soils.

Depending on the specific situation trenchless methods can be cost-effective alternatives to the more conventional open excavation. The cost is insensitive to depth of cover meaning that work under high fills will be more economical using trenchless technology. Many times the cost is not the main concern; factors such as safety inconvenience of the motoring public and environmental impacts outweigh the initial costs.

ODOT’S (Oregon Department of Transportation) main application of this technology is in the rehabilitation, replacement, and installation of culverts and storm sewer lines in areas where open excavation is either more costly, not as environmentally friendly, or creates inconvenience for the motoring public.

The trenchless technology process starts with the identification of a problem. There is a drainage structure that requires some sort of fix. It may need stabilization, rehabilitation, or replacement.

India is highly dense in terms of population. As the population continues to grow, it is estimated that almost half of India’s 626 districts will require upgrades in utilityinfrastructures.Considering this population growth, the trenchless market in India is theoretically around 50,000 km of infrastructure across a total urban area of 77,370 km2. Around 63 cities identified in JNNURM (Jawaharlal Nehru National Urban Renewal Mission) are considered to be a priority for development.

In an effort to reduce the environmental impact of developing and operating sewage treatment networks, underground interceptors constructed using trenchless methods are being viewed as a positive solution in densely populated cities, especially those located along river banks. According to the JNNURM plan, the total value of trenchless projects being developed in the 63 priority cities is around USD 23 billion.

Trenchless work has already been initiated in the cities of Delhi, Mumbai, Kolkata, Bangalore, and Hyderabad. Primarily, these projects are for installing water and sewer pipes and are being constructed using pipe jacking or micro tunneling methods. HDD has been used for Optical Fiber Cable (OFC) laying for telecom and internet service provider companies.

Pipe rehabilitation projects using trenchless methods as well as pipe ramming and pipe jacking projects are also being carried out in the cities of Delhi, Kolkata, Bangalore, Chennai, Hyderabad, Cochin, Ahmadabad, and other Tier-II cities. Although HDD is a fairly popular trenchless method in India, other methods are not as widespread based upon the number of machines currently in use. For auger boring, there are currently no more than 60 auger machines in use across India. For micro tunneling, there are less than 30 micro tunnel boring machines (MTBMs) in use.

Trenchless applications have achieved a very high level of precision due to the progressive development of equipment and method technology and this has made the execution of practically all types of supply and disposal lines possible, irrespective of their sizes or the geological and hydro geological limiting conditions in an ecologically friendly and enclosed method of underground construction.

Where employers have fully recognized and utilized the possibilities of this technology, they have not been slow in reaping the economic rewards. Crossings of major rivers for laying telecom cables and product pipelines for oil and gas across major rivers like Hooghly or Chambal at breakneck speeds have yielded good economic results for such employers. One look at such rivers and one can understand the importance and relative benefits of trenchless technology over the conventional construction methods.

In cities and urban areas water and sewage infrastructure and other utility services located underground in pipes or ducts are laid, repaired or replaced by the conventional trenching methods. The open cut trenching methods create road closures, traffic delays, noises and general disruption. This makes repair and rehabilitation of subsurface utilities difficult, particularly in areas congested with traffic and buildings. Lack of repair and rehabilitation of the pipeline for the water disruption and sewage systems lead to leakages and waste water seepages, resulting in the contamination of water distribution system and groundwater. These problems often give rise to related health and environmental impacts.

The demands for alternative technology lead to the emergence of trenchless Technology, which includes a family of methods utilized for installing and rehabilitating underground utility systems with minimum ground surface disruption and destruction as compared to open cut excavation methods. Trenchless technologies and methods provide an effective, environmentally sound alternative for the installation, maintenance and repair of underground utility services.

The appropriate application of trenchless Technology for resolving both Engineering and Environmental problems can be viewed as an environmentally sound technologies. In addressing urban sanitation problems, Trenchless Technologies have the potential to yield significant environmental and other benefits such as employment opportunities reduced inconvenience to commuters, reduced fuel consumption and improved traffic flow.

One thought on “Trenchless Technology”