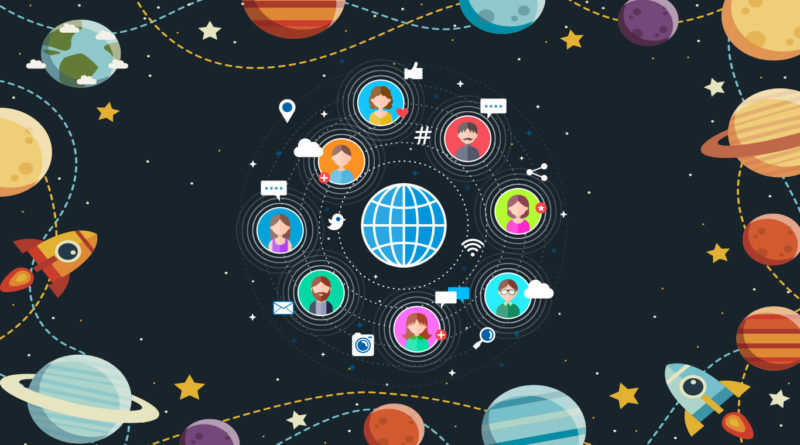 The term “communication” is derived from a Latin word “communis” which means ‘to share’. In fact communication is the act of conveying any message from one entity or group to another through the use of mutually understood signs, languages or scripts. If the communication strategy and communicator are effective, the message is engrossed by the receiver very well. The philosophy of communication was somewhat unilateral before twentieth century. In that communication domain, people’s role was not defined and therefore public opinion except election was not expected. Government, media and press had all to say and deliver in unidirectional manner. In such scenario, public was at the receiving end only. In present time, communication has become more dynamic and the reason behind this change is public engagement or participation. This tendency of communication has not only make itself reliable but give the public a responsible role to play.

From one way to both ways communication was emerged to activate the passive receiver. In the present era of digital media, new media and especially social media have drastically changed the whole communication philosophy. Engagement of the receiver is the key feature of it. Through radio, any message reaches every nooks and corners of our country. People get information but are benefitted partially. This is so because if any citizen has any query in his/her mind, they cannot get instant answer. Phone-in radio programmes are based on the public engagement communication in which experts stay discussed in the studio at any radio station while telephone lines are open to all. Public ask their query and experts give best answers to them.

Social communication media include Facebook, twitter, whatsapp, instagram etc. These media are shaping present time and trend. The success of such media is only due to their interactive feature.

A Vibrant Window of Communication

Indian Constitution gives freedom of speech and expression (Article 19) to each and every citizen. This freedom is realised at various social network sites right now. Undoubtedly these new media have enough potential to revolutionise the socio-economic and scientific scenario of any country.

Presence of our country on various formats of social media is extremely vibrant. Some facts and figures denote this. India has world’s largest number of Facebook Users with over 195 million users, overtaking United States by over 4 million subscribers. Key Facebook Users from India are of aged between 18-24 years which is the largest and fastest growing population segment. Twitter is at second position in terms of user engagement after Facebook in our country and there are 23.2 million monthly active users in India. After Facebook and Twitter, Pinterest is third most popular social network in India. On the other hand, there are 16 Million Instagram users in India.

This statistic presents the social network penetration in India. As of the fourth quarter of 2016, the most popular social networks were YouTube and Facebook with a 33 percent penetration rate of each. WhatsApp was ranked third with 28 percent reach. India ranks second among countries with the most Facebook users.

Given the above statistic of the usage and impact of social media in our country, if the content on scientific and technological research and national progress in this direction are given on social network, the public opinion as well as constructive debate will occur more. In the recent past, we all are witness of the ISRO’s achievements related to PSLV and 104 satellites launch events. We also saw how such news overwhelmed general public when those were put on the social media. This is the real impact of social medium of communication and it is only because it directly connects with the people. Public seldom get to know what the scientists are working on. But today social media has become a vibrant platform to engage people and opinion sharing about science, technology in every walk of life.

For many connected users in India, access to the Internet is primarily for accessing social media networks. According to a report by the Internet and Mobile Association of India (IAMAI), 66% of the 180 million internet users in urban India regularly access social media platforms. The most popular activities on social media include maintaining one’s own virtual profile on the likes of Facebook and Twitter, posting and sharing an update as well as replying to something a friend has posted. While college students (33%) form the largest demographic of active social media users in India, working women and non-working women register just 7% and 11% respective share in that user base.

Special training programmes for the people at large and especially young students are required to motivate them towards science and its role in the national development. If such tendency is developed at early phase of life, then they will be concerned about science and technology. Role of science, technology and innovation in the upliftment of our life is extremely important. People who understand this from the core of their heart, they can provide right suggestion/opinion to the scientists and the scientific institutes or laboratories.

World famous scientists such as Albert Einstein (1879-1955), J.B.S. Haldane (1892-1964) and Carl Sagan (1934-1996) recognised the value of public science communication in promoting democracy and elucidating issues relevant to the penetration of life and livelihood. In the pre-social media era, scientific activities were silent but presently social media has given voice to science. Social media outlets have revolutionised science communication the world over. It has become essential for any research organisation to have a dominant social media presence for effective science communication. Social Media allow scientists to communicate their work, passion and results directly to the public. It is even essential because the scientific research is run by the tax collected from the public. Therefore the outcome of scientific research must serve the nationals. Public is putting their opinions on various social media and based on these input, advancements in science and technology must be moulded.

Science and social media are a few tools to achieve the goal of public welfare. In today’s world, science, technology and innovation (STI) are three significant aspects of the development for any nation. When STI reach upto the grass-root level, life and livelihood of the public are uplifted. Various modes of social media have been proved as the bridge between science and the public and resultantly the process of human welfare is starting to fulfil.

In July 2017, India’s Prime Minister Shri Narendra Modi has also emphasized that applying science to solve the country’s problems is one of the top priorities of the government. He was interacting with the top officials of India’s scientific departments. Although human civilization has took million of years to reach upto the present stages. River basins played crucial role to initiate this civilization. Similarly inclusion of science and technology has initiated a new journey of humans towards a new world. Fruits of science and technology must be for human welfare and not for destruction. Such messages must be disseminated through the unique communication media and for this purpose social media are the right option.