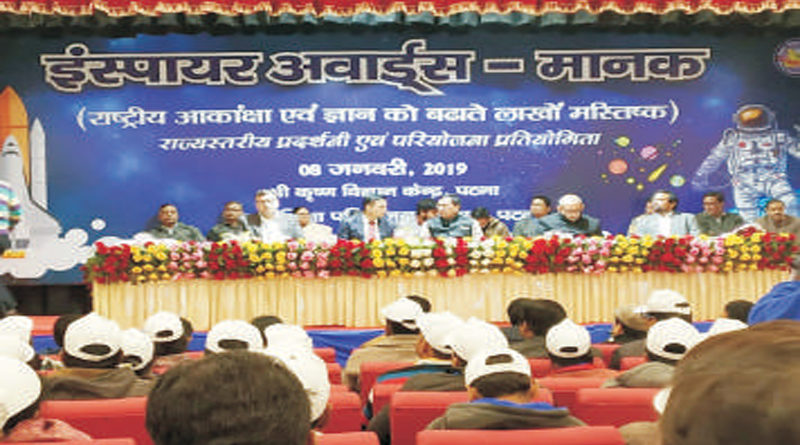 Mahatama Gandhi once said “The world has enough for everyone s need, but not enough for everyone s greed”. Today, India is taking a lead in realizing that needs are non-negotiable and inclusive innovations by citizens of all ages are increasingly contributing to their fulfilment. In the contemporary Indian society, there is paramount focus on innovation to solve unmet needs and more importantly on its successful execution and delivery as evident from the country’s consistently improved performance in the Global Innovation Index. Consequently, Innovation is ubiquitous in India and increasingly becoming a driver to solve abundant problems in almost every corner of the country by its citizens irrespective of the constraints. The world bears testimony to the fact (hat our young citizens are actively working in this direction in a mission mode and their ability to innovate and entrepreneurial spirit is at par with the best in the world.

Augmenting the efforts of our entrepreneurs who are driving this cultural shift is creative and innovative thinking of our school children which is institutionalized through INSPIRE Awards–MANAK, world’s biggest idea and innovation competition for school children jointly implemented by the Department of Science and Technology (DST ) and National Innovation Foundation–India (NIF) and aligned with the action plan for the Start-up India.

It is an established fact that experimentation is at the heart of Science and Technology based innovation which is essentially embedded and deeply rooted in the architecture of INSPIRE Awards–MANAK, country’s core programme on innovation, Nearly seven lakh schools in India are required to conduct idea competitions internally for students studying in class 6th to 10th and in the age group of 10-15 years, thereby scouting original and creative technological ideas and innovations focusing on common problems and nominate the best ideas through an online portal. This would create a pool of one million ideas on parameters like novelty, social usefulness, practicality etc. About one lakh ideas are short listed and one time supported financially through Direct Benefit Transfer (DBT) such that students may experiment, build Proof of Concepts or Prototype and present them before experts at a District Level Exhibition Project Competition (DLEPC). If successful, then it moves to next stage of State Level Exhibition Project Competition (SLEPC) and if further successful to National Level Exhibition Project Competition (NLEPC). Mentoring support is provided to all students who are gearing up to participate in the NLEPC and top 60 are taken up for incubation such that they acquire the status of startups and be coinmercialized. To ensure that the programme is effective, comprehensive awareness campaigns are executed all over the country including workshops for stakeholders at National, State and District levels.

The key purpose underpinning INSPIRE Awards–MANAK is to help the country build a critical human resource pool for strengthening, expand science and technology system and increase the research and development base by inviting students from all government and private schools throughout the country and enabling them to send their original and creative technological ideas and innovations.

The experience of the programme so far suggests that not only this objective is being achieved, but is also very effective when it comes to mobilizing innovative ideas even from disadvantaged children or those located a the last mile in remote locations. This year students from all States and UT’s were represented, 92 per cent of the districts participated, male candidates accounted for 55 per cent and female students accounted for 45 per cent, Interestingly, remote locations like Lakshadweep’s ratio of count of ideas vis-a-vis its population was highest in the country. It was also heartening to realize that State Government and Local Body administered schools accounted for more than 72 per cent of the ideas and students aligned their thought process and execution approach towards current priorities of the country as evident in their choice of ideas which related to missions like Skill India, Swachh Bharat, Make in India, Digital India.

The country’s socio economic progress is often measured in terms of delivery of underlying socio economic activities of which INSPIRE Awards–MANAK is gradually becoming an example. The idea of a Manual Garbage Dumping Cart by Master Sikanto Mandal from Mathura scouted through this programme, was value added and prototyped by NIF and later licensed to Gujarat based Sarjan Innovations Private Limited, a Start Up establishing that innovators and entrepreneurs are connected through an Institutional mechanism in the country. Not only it will ensure that “every idea is attended irrespective of the source” but also children will start contributing to the nation in a more direct way relatively early and for good which also means that the country will invest in abilities of its children sooner which will further strengthen the ecosystem. It is also in alignment with the country’s fast paced progress in ease of doing business index during the past few years as the process of connecting the dots required for starting a business is being executed in a time bound manner and India is perhaps one of the few economies in the world where ideas of children are really transforming into start-ups which are contributing to GDP and creating several job opportunities. \

A major differentiator that characterize INSPIRE Awards MANAK is its unique ability to offer “exposure” to students at an early stage itself which counts a lot few years later in one’s career. This exposure to an idea rich creative student of today, translates into a more focused; confident, self-reliant, diversified, we!l-groorned professional of tomorrow who is not only able to tap existing opportunities, but also develop the ability to create the non-existent ones. It will help us identify drivers of tomorrow, today itself, such that the country can invest in their abilities in Science and Technology and reap social, cultural and economic benefits for its citizens. The INSPIRE Awards – MANAK continue to strengthen our innovation eco-system by empowering and bringing together innovators and entrepreneurs who may not have otherwise known each other through an institutional mechanism but now are together contributing towards nation building.