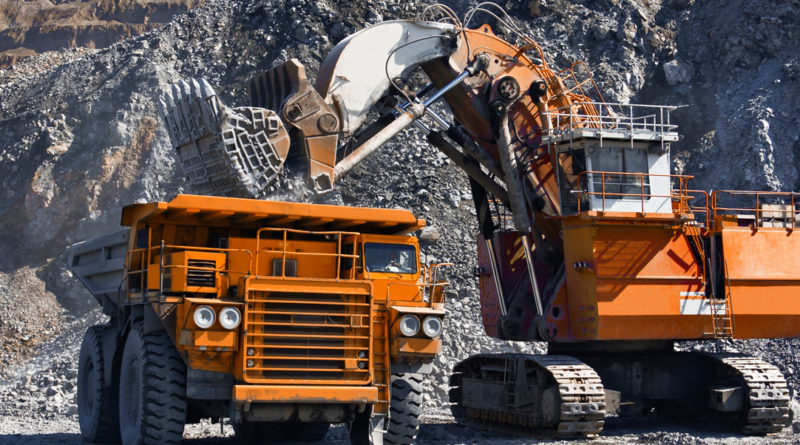 India has vast deposits of minerals. Our metallic ores are very rich and of a very high quality. They are sufficient for maintaining most of our key industries. The major minerals produced in India are iron-ore, Bauxite, Mica, coal and petroleum. The details of some minerals are given below:

3. Iron Ore: Presently, India is ranked third in iron production in the world. The total reserves of iron ore in the country are about 1,23,17,275 thousand tonnes of heamatite and 53,95,214 thousand tonnes of magnetite. The resources of very high-grade ore are limited and restricted mainly in the Bailadila sector of Chittorgarh and to a lesser extent in Bellary- Hospet area of Karnataka and Barajamda sector in Jharkhand and Orissa.

4. Tungsten: The total reserves of tungsten ore have beenestimated at 43.15 million tonnes. The main reserves are at Degana, Rajasthan. It also occurs in Maharashtra, Haryana, West Bengal and Andhra Pradesh.

5. Dimond: Diamond deposits occur in three types of geological settings such as kimberlite pipes, conglomerate beds and alluvial gravels. The main diamond bearing areas in India are the Panna belt in Madhya Pradesh, Munimadugu-benganapalle conglomerate in Kurnool district and gravels of Krishna river basin in Andhra Pradesh. Reserves have been estimated only in the Panna belt and Krishna Gravels in Andhra Pradesh. Total reserves have been are about 26,43,826 carats. The new kimberlite fields are discovered recently in Raichur- Gulberga districts of Karnataka.

9. Mica: India is one of the largest mica-producing countries of the world. India is ranked first in sheet mica production. Bihar mica is of the very high quality. In India, the largest supply of Mica comes from Bihar. In Bihar the most important areas are Gaya and Hazaribagh in mica belt 150 KM long and 25 KM wide. It is also obtained from Rajasthan. It is used in electric industry. Due to poor development of electrical industry at home, India exports most of the output contributing 75% of the word’s requirements.

10. Coal: Coal is unevenly distributed in India. India is one of the principal producers of coal in the word. Bihar and West Bengal produce the largest quantity of coal in India and the quality is good. Jhariya, Giridih, Bokaro, Karanpura etc. in Bihar and Raniganj in West Bengal are the most important mining centers. Besides these areas, coal is found at Talcher in Orrisa, Tendur and Singareni in Andhra Pradesh, Pench valley and Umariya in Madhya Pradesh. Bihar alone supplies 44% of India’s total output.

11. Dolomite: Dolomite occurrences are widespread in almost all parts of the country. The total reserves of all grades of dolomite are 7,349 million tonnes. The major share of about 90 percent reserves is distributed in the states of Madhya Pradesh, Chhatisgarh, Orissa, Gujarat, Karnataka, West Bengal, Uttar Pradesh and Maharashtra.

13. Limestone: The total reserves of limestone of all categories and grades are placed at 1,69,941 million tonnes. The total conditional reserves have been estimated at 3,713 million tonnes. The major share of its production comes from Madhya Pradesh, Chhatisgarh, Andhra Pradesh and Gujarat, Rajasthan, Karnataka, Tamil Nadu, Maharashtra, Himachal Pradesh, Orissa, Bihar, Uttaranchal and Uttar Pradesh. The remaining part comes from Assam, Haryana, Jammu and Kashmir and Meghalaya.

14. Mangnesite: The total reserves of Mangnesite are about 415 milliantonnes of which 76 million tonnesare in the proved category. Major deposites of Mangnesite are found in Uttranchal, Tamil Nadu and Rajasthan while minor deposits are in Jammu and Kashmir, Karnataka, Himachal Pradesh and Kerala.

15. Graphite: The reserves of Graphite are about 16 million tonnes. Orissa is the major producer of Graphite. Almost the entire reserves of Tamil Nadu under the proved category are in Ramnathpuram district. Deposits of commercial importance are located in Andhra Pradesh, Jharkhand, Gujarat, Karnataka, Kerala, Madhya Pradesh, Maharashtra, Orrisa, Rajasthan and Tamil Nadu. Besides, the country has reserves of petroleum, vaste marble, slate and sandstone. Granite is mainly mined in Tamil Nadu, Karnataka, Andhra Pradesh and Rajasthan, marble in Gujarat, Rajasthan and Uttar Pradesh; slate in Chhatisgarh, Madhya Pradesh, Haryana and Andhra Pradesh and sandstone in Rajasthan. Management of mineral resources has, therefore, to be closely integrated with the overall strategy of development; arid exploitation of minerals is to be guided by long-term national goals and perspectives. Recently, mineral exploration and their utilization in the country received little attention. Except for coal, iron ore and petroleum required for internal use, the majority of minerals were raised in India for purpose of bulk export without any dressing, processing and fabrication. These exports brought but a small return to the country. Nearly a hundred minerals are known to be produced or mined in India of which nearly 30 may be considered more important including several which although comparatively unimportant in quantity today, are capable of material development in future with the expansion of industries.

In conclusion, all we can say is that though India is rich in a wide variety of minerals, all we need is to develop ways and means for their detection, mining and utilisation so as to provide rich returns to the Indian economy and to strengthen it.