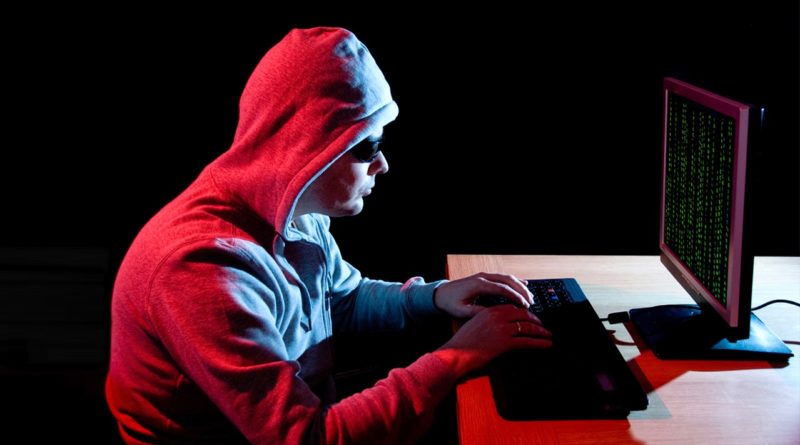 On 8th November 2016, A big news was flashed in all television channels about demonetization. All are discussing about cash & cashless economy. But in spite of cashless economy hacking comes behind a curtain. So we should know about the real meaning of hacking. hacking is the practice of modifying the features of a system, in order to accomplish a goal outside of the creator’s original purpose. In other way while true hacking applies only to activities having good intentions hacking is gaining access to someone else’s to cause damage.

The person who is consistently engaging in hacking activities, and has accepted hacking as a lifestyle and philosophy of their choice, is called a hacker.

Hacking was a term that originated in 1990s and is associated with the unauthorized use of computer and network resources. But currently, hacking has a more negative implication and so is the term hacker. Hacking which is done on request and involves a contract of terms and conditions allows authorized access to the target and hence referred to as ethical hacking. Most of the benefits of ethical hacking are obvious, but many are overlooked. The benefits range from simply preventing malicious hacking to preventing national security breaches.

Many types of hacking are possible, commonly/popularly we know the cyber hacking, but clever mind do hacking…as a way of

Now we discuss in detail of hacking…..

In computer networking, hacking is any technical effort to manipulate the normal behavior of network connections and connected systems.

Today, however, hacking and hackers are most commonly associated with malicious programming attacks on the Internet and other networks.

Computer hacking is the most popular form of hacking nowadays, especially in the field of computer security, but hacking exists in many other forms, such as phone hacking, brain hacking, etc. and it’s not limited to either of them.

Bluetooth hacking or bluejacking is the sending of unsolicited messages over Bluetooth to Bluetooth-enabled devices such as mobile phones, PDAs or laptop computers, sending a vCard which typically contains a message in the name field (i.e. for bluedating or bluechat) to another Bluetooth enabled device via the OBEX protocol.

Bluetooth has a very limited range, usually around 10 metres on mobile phones, but laptops can reach up to 100 metres with powerful (Class 1) transmitters. Bluejacking is usually technically harmless, but because bluejacked people don’t know what is happening, they think their phone is malfunctioning.

Email is used by commercial and social websites because of its security. Email is an increasingly common tool used to communicate. The main reason email accounts are hacked is to access the personal, sensitive, or confidential information that they might contain. This is very harmful for the user and could cause damage to profiles on certain websites, bank accounts, and personal life.

A hacker’s vision towards solving any technical problem is undoubtedly beyond the perception of any normal computer expert. The open-source coding has been very beneficial for hackers to test and invent out of their passion for programming, say UNIX is the best example.

This practice can either be ethical or unethical. The activity where one breaks into the system but do not violate its security and credentials is called Ethical Hacking. Ethical hackers aim to bring into the administrator’s notice, vulnerabilities and voids in the system thereby, improvising the robustness and security. They are purely tech-geeks with immaculate programming skills and hands-on knowledge on both computer hardware and software.

Hacking as a Public Service: White-hat hackers are also known as ethical hackers; they are hackers who are working from the inside of a company, with the company’s full knowledge and permission, who hack into the company’s networks to find flaws and present their reports to the company. Most white-hat hackers are employed by actual computer security agencies, such as Computer Sciences Corporation (CSC). As stated on their site, “more than 1,000 CSC information security experts, including 40 full-time “ethical hackers,” support clients in Europe, North America, Australia, Africa and Asia. Services include consulting, architecture and integration, evaluation and assessment, deployment and operations, and training. The deployment of ethical hackers to test the vulnerability of computer networks is one of the many ways CSC can help clients deal with ongoing security threats.” These cyber security experts look for flaws in the system, and repair them before the bad guys can exploit them.

Getting a Job as a Hacker: Although white-hat hackers are not necessarily recognized as much as they should be, more and more companies are looking for people who can stay ahead of the individuals determined to bring their systems down. By hiring white-hat hackers, companies have a fighting chance. Even though these programming gurus were once considered outcasts in the public eye, many hackers now hold critical and extremely high-paying jobs with corporations, governments, and other organizations. Of course, not all security breaches can be prevented, but if companies hire people who are able to spot them before they become critical, then half the battle is already won. White-hat hackers have their jobs cut out for them, because black-hat hackers are not going to stop doing what they are doing. The thrill of penetrating systems and bringing down networks is just too much fun, and of course, the intellectual stimulation is unmatched. These are very smart people who have no moral qualms about seeking out and destroying computer infrastructures. Most companies that manufacture anything to do with computers recognize this, and are taking appropriate security measures to prevent hacks, leaks, or other security mishaps.