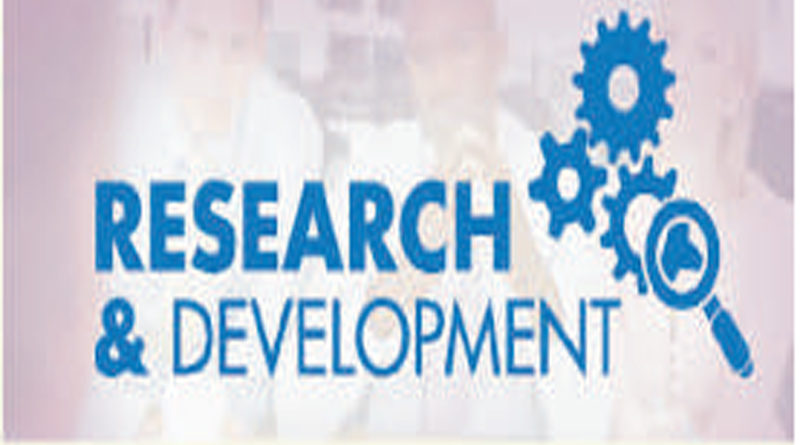 On paper, India should be in a good position in terms of research and development (R&D) spending. Our pipeline of researchers seems undiminished; we are ranked third in the world in number of science and technology PhDs awarded and have improved our ranking in the Global Innovation Index, from 66 to 60. And yet, there is no Indian university in the top hundred (QS World University Rankings, 2018) and only 46,904 patents were filed in India in 2016 (China filed over a million patents). Somehow, we have enabled an ethos of publishing, but not “patenting, publishing and prospering”.

India’s gross expenditure on R&D has increased by three times over the decade 2005-15, crossing the 1 lakh crore mark in 2016-17. The Centre spent 45.1% of the total amount in 2015, while private industry contributed 38.1%. In comparison to the West, the contribution of higher educational institutions in R&D spending was lacklustre. The government’s R&D spending is equivalent to an Amazon or Alphabet’s R&D spend, while only 26 Indian companies figure in the list of top 2,500 companies globally by R&D spend. Our R&D activities still seem to be conducted in an ivory tower, instead of being market focussed.

India’s R&D spending, as a percentage of GDP, still lags significantly, at 0.69% in 2015–this share has been stagnating for the last decade. Even among other BRICS countries, only South Africa lags behind India in terms of R&D expenditure. Allocation of spending is also significantly constrained. Over 90% of Indian start-ups face a risk of failure in their initial failure, partially due to a lack of access to financing. Access to such financing streams, to public and private players needs to be improved significantly, with a reduction in institutional barriers.

The translation of R&D spend into patents can be affected by institutional constraints as well. Only 28% of patents registered for applications are eventually filed. Meanwhile, patent pendency times in India are among the highest in the major economies, with a patent taking about 6-7 years between a request for examination and a final office action. In comparison, South Korea and China have pendency timings of 16 and 22 months, respectively. Meanwhile, the Council of Scientific & Industrial Research (CSIR), which filed over 13,000 patents (2014-2017), shut down its commercialising arm, CSIR-Tech, due to lack of funding.

Spending aside, the lack of transformative innovation across industries is something that India should be concerned about. Over 77% of Indian venture capitalists believe that India lacks unique business models or new technologies. R&D, as a professional function, fails to attract top talent — our 216 researchers per million compare with China’s 1,177, Russia’s 3,131 and the U.S.’s 4,232. The number of scientific publications has risen from 62,955 papers in 2009 to over 106,065 papers in 2013, with India’s share of global research publications rising from 2.2% in 2000 to 3.7% in 2013. And yet, over 35% of publications in “bogus journals” comes from India. The CSIR’s patents, mentioned earlier, were mostly “bio-data patents”, and are claimed to have been filed primarily to enhance a scientist’s resume. The hoarding of patents has a significant cost; acquiring a higher number of patents, without due regard for quality, has become an institutional mark of success, to up our index of innovation.

We need to push beyond metrics, papers and patents to focus on providing solutions to development and economic challenges. A focus on building an innovation culture is necessary, particularly giving the transformative shifts under way in sectors critical to India’s economy — from electric cars in automobiles to in sourcing in IT services, the economy is exposed to significant job losses and a fall in exports over the coming decade. Our innovation policy has to shift beyond a focus on increasing R&D spending to inculcating a mindset of “out-of-the-box” thinking in our universities, start-ups and corporates. India’s educational policies need to be redesigned, with a focus on building cognitive abilities, beyond rote learning and focus on quantitative subjects. The Atal Innovation Mission is an encouraging start, focusing on facilitating school-level financial grants to help nurture an initial layer of innovation. But we need to move beyond this to focus on taking advantage of the data analytics boom, improving educational qualities beyond our existing islands of excellence to the whole university system. A supporting ecosystem for this will require providing greater access to public data, through the Right to Information Act and a push to providing public data (for example, on train punctuality, water scarcity, air pollution metrics) for building innovative applications on a real-time basis.

The impact of R&D spending on shifting a nation’s trajectory from a commodity-based growth to one based on capital and IP is well-noted; South Korea increased its GDP 12 times over the past 45 years, while R&D spend rose from 0.26% of GDP in 1965 to well over 4.04% in 2011; private players accounted for 76.5% of total R&D spending in 2011. For a nation whose public debate is often given to recalling innovations in our historical and mythological past, the future state of India’s R&D activities demands significant attention.