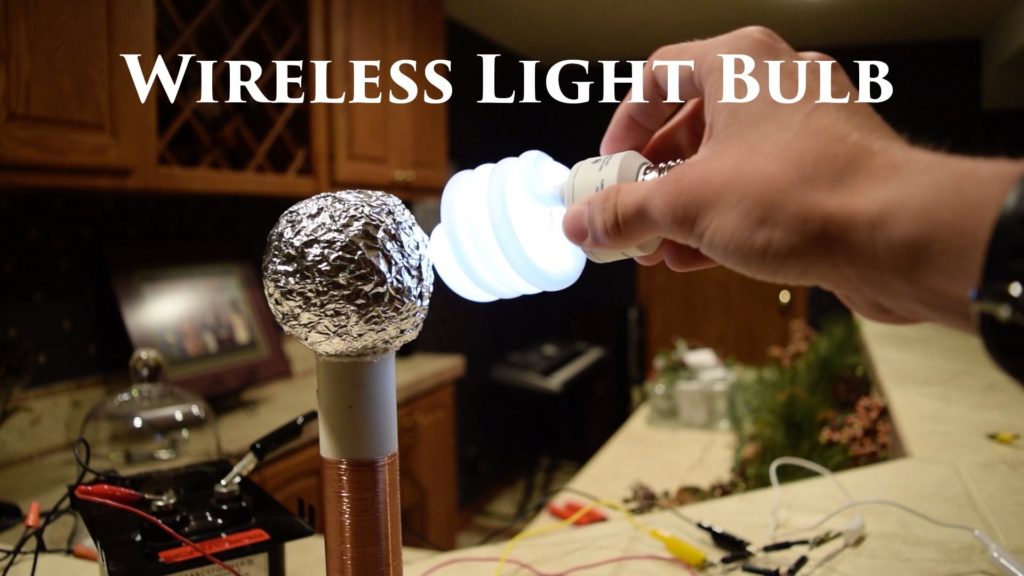 It is difficult to pass a day without electricity. Generally we have seen the power is transmitted through wires, everywhere is jumble of wires. Just assume in mind that in our room’s an electrical blub, iron, TV, fan is working without physically connected with electrical source. It means transfer of electricity without any kind of wires. How it’s possible?

Wireless electricity is not a new concept, early in 1891 the Nikola Tesla invent a “Tesla Coil “with which he wants to transfer electricity miles away without wires like a radio signals. If we know the experiment of Benjamin Franklin on” lightening” in 1752 was also on the concept ofwireless electricity.

Today this technology is known by “Witricity”. After 2005 researches have develop several technique for moving electricity over a long distance without wires, some exist only as theories and some are already in use. The researches like Microwaves, Ionization of air, Resonance induction coupling.

In the last Engineers day I have present a Modal on same very concept in Mewar University Rajasthan. My Model works on the principle of Resonance coupling, in Modal there were two main parts Transmitter and receiver. This system consists a magnetic loop, which is provided by transmitter and receiver works same as Radio receiver in which the device (receiver) has to be in range of transmitter and both should have resonant frequency. Resonance itself is defined as a large amplitude vibration of a systemwhen it is drive at frequency closer to its natural frequency Resonance coupling property exists in many physical systems. it can be thought of natural frequency at which energy can most efficiently be added to an oscillator system. e.g. the tuning circuit of a radio set will pass high amplitude signal only if their frequency is near its natural value. The concept of wireless electricity was made by using resonance where an object vibrates with the application of cretin frequency of energy. So two objects having similar resonance tends to extend energy without causing any effect on surrounding objects. There isn’t any known problem caused by wireless transferred energy.

Wireless power has many interesting applications. Some of applications involves simply powering devices like mobile phones and MP3 players would charge their batteries automatically, laptops and portable games players could operate without batteries, Desk light would have no traveling wire, in Vehicles for remote system power source, reduction of E-waste by eliminating the need of power codes, a long distance high power transmission is also possible but not yet used, JAXI (Japan Aerospace Exploration Agency) hoping that’ll be able to use this system within next five years. It will directly reduce the cost of electrical energy using by consumers. It’s main other application is that it’s possible to receivepower from space. JAXA also enplanes its 25 years technology development roadmap that culminates in a 1 gig watt SPS(Solar Power Satellites) sending solar power back to earth in 2030’s .it’s possible by either microwaves or lasers.