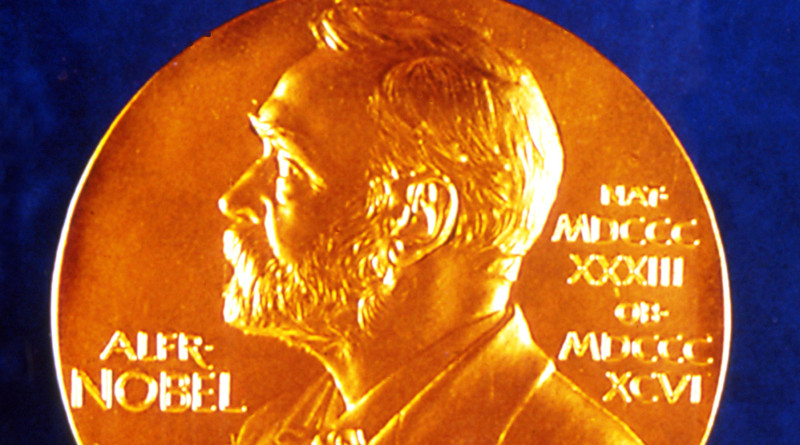 In this excerpt of the will, Alfred Nobel dictates that his entire remaining estate should be used to endow “prizes to those who, during the preceding year, shall have conferred the greatest benefit to mankind.”

On November 27, 1895, Alfred Nobel signed his third and last will at the Swedish-Norwegian Club in Paris. When it was opened and read after his death, the will caused a lot of controversy both in Sweden and internationally, as Nobel had left much of his wealth for the establishment of a prize. His family opposed the establishment of the Nobel Prize, and the prize awarders he named refused to do what he had requested in his will. It was five years before the first Nobel Prize could be awarded in 1901.

“The whole of my remaining realizable estate shall be dealt with in the following way: the capital, invested in safe securities by my executors, shall constitute a fund, the interest on which shall be annually distributed in the form of prizes to those who, during the preceding year, shall have conferred the greatest benefit to mankind. The said interest shall be divided into five equal parts, which shall be apportioned as follows:

The prizes for physics and chemistry shall be awarded by the Swedish Academy of Sciences; that for physiology or medical works by the Karolinska Institute in Stockholm; that for literature by the Academy in Stockholm, and that for champions of peace by a committee of five persons to be elected by the Norwegian Storting.It is my express wish that in awarding the prizes no consideration be given to the nationality of the candidates, but that the most worthy shall receive the prize, whether he be Scandinavian or not.

On 27 November 1895, Alfred Nobel signed his last will and testament, giving the largest share of his fortune to a series of prizes in Physics, Chemistry, Physiology or Medicine, Literature and Peace – the Nobel Prizes. In 1968, Sveriges Riks bank (Sweden’s central bank) established The Sveriges Riks bank Prize in Economic Sciences in Memory of Alfred Nobel. Learn more about the Nobel Laureates here. Between 1901 and 2015, the Nobel Prizes and the Prize in Economic Sciences were awarded 573 times.

Nobel prize is given in recognition of academic, cultural and/or scientific advances and is named after inventor Alfred Nobel. The prize was first instituted in the year 1895 and was first given in the year 1901. It is made of the mixture of gold and silver with 24 carat or 4.8 grams gold coating. About 573 prizes were awarded to 900 Laureates between 1901 and 2015  .

The Nobel Prize in Physics 2015 was awarded jointly to Takaaki Kajita and Arthur B. McDonald for the discovery of neutrino oscillations, which shows that neutrinos have mass.

The Nobel Prize in Chemistry 2015 was awarded jointly to Tomas Lindahl, Paul Modrich and Aziz Sancar for mechanistic studies of DNA repair.

Micro economist Angus Deaton has won the Nobel Prize in Economics for his work on consumption, poverty and welfare that helped governments improve their policies through household surveys and tax changes.

The Nobel Prize in Literature 2015 was awarded to Svetlana Alexievich for her polyphonic writings, a monument to suffering and courage in our time.

The Nobel Peace Prize 2015 was awarded to National Dialogue Quartet for its decisive contribution to the building of a pluralistic democracy in Tunisia in the wake of the Jasmine Revolution of 2011.