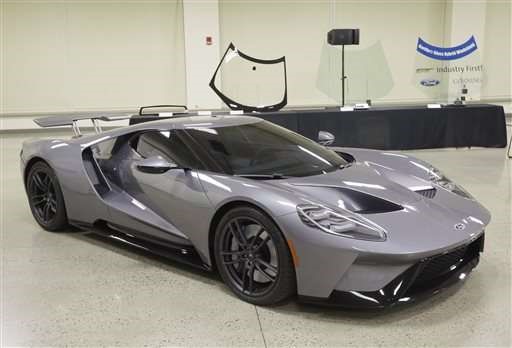 Corning Inc’s Gorilla Glass is used for the screens on billions of mobile phones. Now, car makers are using an automotive version to help shave weight off their vehicles and improve fuel economy. 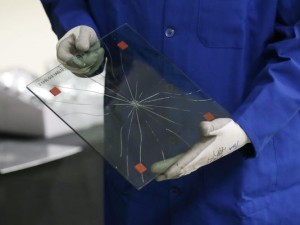 Paul linden was a supervisor of body exterior mechanism at ford. He said “It’s the newest thing to happen to glass since 1923,” That was the year Henry Ford started using shatter-resistant glass in the Model T.

Traditional windshields are made up of two layers of heat-treated annealed glass with a plastic layer in between. Annealed glass forms a spider web pattern when it breaks, and the pieces are designed to stick to the plastic layer to prevent injury to passengers.

The GT’s windshield is a hybrid. It has an annealed glass outer layer and plastic in the middle. But the inner layer is made of chemically-strengthened, automotive grade Gorilla Glass, which is much thinner and lighter than traditional glass. Ford says using Gorilla Glass makes the windshield 32 percent lighter, which saves fuel and improves the car’s handling.

The glass meets US safety standards and it has endured automakers’ tests on rough roads and in wind tunnels. It’s tougher than traditional annealed glass. It was tested, that when engineers shot pieces of hail at Gorilla Glass, for example, it wasn’t damaged. The annealed glass shattered.

Gorilla Glass doesn’t work everywhere. The side windows of the GT, for example, are made of tempered glass. Automakers tend to use tempered glass on side windows because it breaks into tiny pieces and doesn’t have a plastic layer that could hinder someone from exiting the vehicle in a crash. Doug Harshbarger is a business director of Corning’s automotive glass. His idea Corning it working on alternate ways of designing Gorilla Glass for use throughout the vehicle. 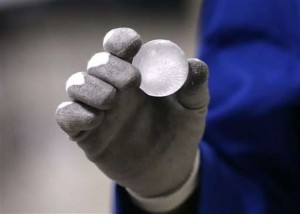 Some facts about gorilla glass–

What happened?
Corning announced that its high-strength specialty Gorilla Glass will now be used in cars, making its first appearance in Ford‘s2017 GT sports car on both the front windshield and back window.

Because it is lighter than standard windshield safety glass, it will help carmakers save on vehicle weight, which will help them improve vehicle gas mileage. But the shatter-resistant glass comes at a cost: It’s more expensive than regular glass, meaning it likely won’t make it to consumer-class cars anytime soon. 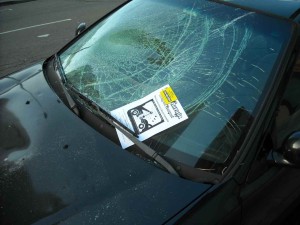 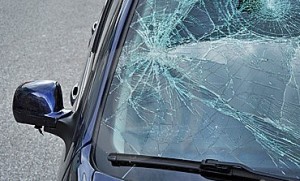 Until now, Gorilla Glass has most often been associated with smart phones and notebook computers — some 4 billion devices use the product — but growth has been difficult in recent years, and even with advances like Gorilla Glass 4, which Corning describes as delivering “the highest damage resistance performance versus all alternative compositions,” it’s found it hard to make gains. Specialty materials segment revenues fell 12% in the third quarter despite increases in Gorilla Glass volumes. Breaking out of the smart phones market could provide Corning with a new opportunity for growth, but it’s not likely to happen soon, at least not with cars.

Although its use in the windshields of Ford’s sports car will help it reduce vehicle weight by as much as 12 pounds, some 32% lighter than it otherwise would have been, it will add about $2 to $4 per pound to the vehicle’s cost. The Ford GT comes with a $400,000 price tag, and with only 250 being made, can easily absorb the added cost, but a consumer-grade model will find the premium the specialty glass will add more problematic. 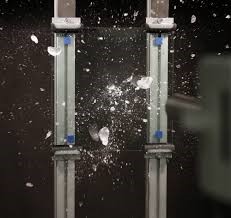 There is something of a safety issue, too, in that first responders might not be able to break the windows to gain access to occupants in the car, but Corning and Ford note the side windows will remain standard safety glass and emergency personnel can still use hydraulic rescue cutters like Jaws of Life to gain entry.

Bringing Gorilla Glass to a high-end vehicle is a smart way to introduce it to the industry, and may help Corning determine both whether there’s a viable market for it that can help the specialty-materials maker break free from the smart phones corner it’s painted itself into and whether it can regain sales growth momentum.

One thought on “Gorilla Glass is Coming to Cars”