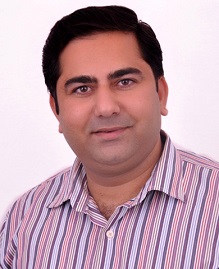 Third issue of technical today is in your hand. It is an exclusive issue on Indian space programme . It’s all about ISRO journey, its beginning, its achievement, its challenges and its future prospective. ISRO proves itself as a very successful space agency in the world, low cost satellite launch creates history in the world. In this issue we have come up with some an exclusive story which shows every aspect of Indian space programme . We have come up with article on Indian moon mission, Indian mars mission, IRNSS mission and recently 20 satellite launches by ISRO. India takes giant leap in global space commerce after ISRO puts 20 satellites in the orbit

April 28, 2008. India set a world record by successfully placing 10 satellites, including eight of international customers, into orbit in a single mission. The PSLV-C9, with a liftoff mass of 230 tones, blasted off in a  launch. This record was broken when Russia launched 37 satellites for scientific and commercial operations in 2014.

Fast forward to June 22, 2016 India broke its own record by blasting 20 satellites, including 17 from foreign shores. Around 20 minutes after launch.
In 2013, Mangalyaan showed how space technology can be mastered even on a modest budget — the total cost of the mission was roughly Rs 450 crore, or $73 million, making it the least-expensive Mars mission to date.

To be sure, cost effectiveness and high efficiency have helped the Indian Space Research Organization (ISRO) cut a bigger share in the global space market.  ISRO sells its space technology services such as launching of a satellite through another company called “Antrix Corporation”. The name “Antrix” is an anglicised version of Antariksha, from the Sanskrit word for “space” or “sky”.
It’s the marketing arm of ISRO for promotion and commercialization of space products, technical consultancy services and transfer of technologies developed by ISRO. Antix achieved a turnover of Rs 883.92 crore in 2009-10, and the reported profit during this year was Rs 128.02 crore.  In 2012-13 the corporation clocked revenue of Rs 1,300 crore and expected about 15 per cent growth in 2014-15.

Converting capability into hard business is going to be a challenge for ISRO and Antrix. The policy framework will have to be broadened to promote private investment and participation in space sector. A few startups have come up in Bangalore and are hoping to leverage on new opportunities in this sector, but only mega investments will be able to turn Bangalore into an aerospace hub in the real sense.

So Let’s join hands together….